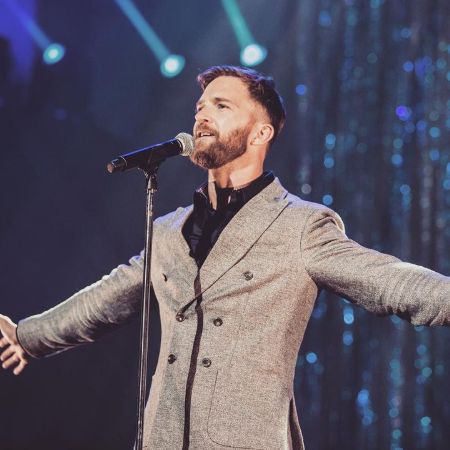 Tim Draxl is one of Australia’s most loved personalities who found showbiz success at a young age. Do you want to know him more? Grab every bit of detail about him on this page, which even includes his relationships, Partner, movies, and Networth.

Who is Tim Draxl?

As a singer, he recorded his first album with Sony during high school.

Moving into acting, He has appeared in a slew of television shows and films in Australia and the United States. The most prominent of which was his starring role in the popular Australian miniseries The Shark Net.

Tim Draxl was born on October 8, 1981, in Sydney and grew up in Jindabyne (South-East, New South Wales).

He lived half the year in Australia and the other half in Austria because his dad is Austrian. They used to follow the winter back and forth because Draxl’s family was in the ski industry.

Tim has three older brothers who are athletes and skiers. As a kid, Tim was passionate about dancing and wanted to be a dancer.

He started ballet lessons at Berridale, a tiny town near Jindabyne. He was the only boy in the class, and he was four years old.

Draxl realized he was gay when he was in his teens. Fortunately, he went to a performing arts school, where being gay was not a problem.

Draxl, who grew up in a conservative provincial town with a father who was very homophobic, had deep inhibitions about his homosexuality and preferred to remain closed for a long time after leaving school.

Many people regard Tim Draxl as a gay icon. At the very least, he admits to being influential enough to serve as a proxy mentor to young LGBTIQ individuals. He accepts the responsibility wholeheartedly, despite having difficulty coming to grips with his sexuality.

“It’s critical for me to talk about it openly and let people know that I struggled,” Draxl adds. “When you’re living it and dealing with it yourself, you lose sight of the fact that other people are going through the same thing.”

“It was also because I was basically informed that if I wanted to work in the entertainment world, I couldn’t be gay,” Draxl explains.

“I think what that did in the negative sense for me was hinder me from being who I naturally was, or who I may have evolved into if I hadn’t had to hide who I really was.”

Draxl has struggled with coming out and continues to do so. He put on a cabaret show called Love Is A Drag in 2019. During the presentation, he shared personal ideas and experiences.

“It was the first time I genuinely spoke about coming out in public in a show. It was both confronting and freeing. “I still get sad over it,” Draxl admits.

Being born in 1981, Draxl is about 40 years old. His zodiac sign is Libra. He has a perfect muscular body as he has been into fitness and bodybuilding since he was 16.

The iconic and incredibly talented actor, singer, dancer, and artist have amassed an enormous fan base on his Instagram account. He is active as @timdraxl with 30.7k followers and 1206 posts. Likewise, you may reach him through Twitter and Facebook.

Yes! Our hot and charming Tim is dating an incredible chef. His name is Barrittone. You may find him on Instagram as @barrittone.The pair have been together for almost three years now.

It is unclear how Tim and Barrittone met, but they are pretty upfront about their relationship posting adorable pictures. According to Tim’s Instagram, He first posted a picture with Barrittone on February 26, 2018.

He captioned a picture saying, “C h a n g I n g r o o m – and change we certainly have, in more ways than one. This is my man @barrittone, and I post another kilometer swim.

After training for a film role back in 2001, I swore I’d never swim laps again. The things you do for love, eh?”. Also hashtagging, #loveislove #kickinggoals #boyfriend #happy.

The lovey-dovey pair are so much in love. They often visit unique places together and post pictures with adorable captions expressing love for each other.

Versatile Tim Draxl Transitioned from acting to painting. Most people’s creativity was wholly shut down during the COVID lockdown, and things were pretty much the same for Tim Draxl. However, not for long for Tim.

All thanks to his career in the entertainment industry, Tim holds an estimated Net Worth of $5 Million. He also earns a handsome amount from his breathtaking paintings.