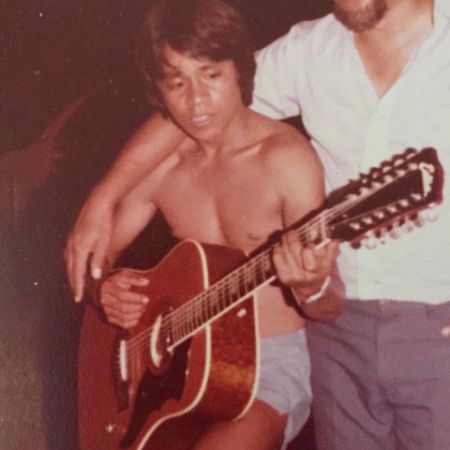 Ferdy Mauboy, the proud father of Jessica Mauboy. She is one of the multi-talented artists of Australia’s hottest young creative exports.

Jessica’s journey has been exceptional thus far. She grew up in Darwin and rose to national prominence on the platform of Australian Idol’s fourth season in 2006. Moreover, Her debut album, Been Waiting, was certified as double platinum and earned seven ARIA Award nominations.

As a result, Jessica is already at the dizzying heights of pop glory with over 2 million sales in Australia and a trophy cabinet full of honors. She got there by expertly ascending the ladder. It’s a challenging path that requires enormous talent, hard work, and great instincts.

Further, learn about a man who gave birth to this incredible woman, Jessica Mauboy.

Ferdy is a West Timorese electrician of Indonesian origin. His wife, Therese, is an Indigenous Australian from the Kuku Yalanji people of the rainforest regions of Far North Queensland.

Mr.Mauboy has had a passion for music since childhood. His house, described as the noisiest on the block, with his wife frequently singing, playing guitar, and the rest of the family expressing their love of music.

Ferdy is a great dad of five daughters. He has three older daughters, Sandra, Jenny, and Catherine, and the younger ones are Jessica and Sophia.

The near-death experience of Ferdy Mauboy

This terrifying experience was back in 2011. As Ferdy was an electrician, he was working on a site. And he looked down into one of the trenches where his really good mate was, and his friend accidentally cut the faulty live wire, which resulted in everything to cut off.

There was an instantaneous explosion, and no one could do anything about it.

It was a seven-meter-deep pit detonated, and Ferdy was half-burned. He hurried to one of the car’s side mirrors to check how badly he burned before collapsing, and then he passed out. It seemed as if he couldn’t take the pain of the burns any longer and passed out.

Thankfully, both Jess’ father and his buddy survived the tragedy, which could have turned out far worse. However, after catching fire, both of them were severely burned.

Ferdy Mauboy will be walking his daughter down the aisle and giving her to the bridegroom very soon! Jessica and Themeli, who have been dating for almost a decade, announced their engagement in October 2019.

Themeli proposed to Jessica in Kalymnos, Greece, on the beach at sunset in his family’s hometown. The pair met on a night out more than a decade ago. Moreover, they were in a long-distance relationship for seven years before Themeli moved to Sydney in 2016.

However, the bride-to-be said that the couple had to postpone their wedding owing to the coronavirus pandemic.

A glimpse of Australian Idol 2006

Mauboy auditioned for Australian Idol’s fourth season in Alice Springs, Northern Territory, in 2006. Her audition was well-received by all three judges, and she advanced to the semifinals and subsequently to the top twelve.

Mauboy received the season’s first touchdown from judge Mark Holden for her performance of Christina Aguilera’s smash Beautiful in the last ten weeks.

She suffered a sore throat throughout the final nine weeks and finished in the bottom three. She was never in the bottom three again and eventually made it to the last show with Damien Leith. Mauboy finished second behind Leith in the grand finale on November 27 at the Sydney Opera House.

The Journey through Young Divas

Mauboy joined the girl band Young Divas in September 2007, replacing one of the group’s original members, Ricki-Lee Coulter, who had left to pursue a solo career. Their second studio album, New Attitude, released on November 24, 2007, debuted at number ten before becoming gold.

Mauboy announced in August 2008 that she has decided to leave the Young Divas after a year to focus on her solo career.

Paulini, the founding member, opted to go, leaving Kate DeAraugo and Emily Williams as the only ones left. However, both DeAraugo and Williams resumed their single careers, and the trio officially split.

Mauboy made her cinematic debut in the film adaption of the 1990 Aboriginal musical Bran Nue Dae in January 2010. Mauboy portrayed Rosie, a local church singer who had feelings for a schoolboy named Willie. Her performance in the film got her a nomination for Female Actress of the Year at the 2010 Deadly Awards.

Mauboy starred in The Sapphires, a film based on the stage production of the same name, in 2012.
Mauboy starred Julie McCrae, one of four Indigenous Australian women who come to Vietnam to perform for American troops. 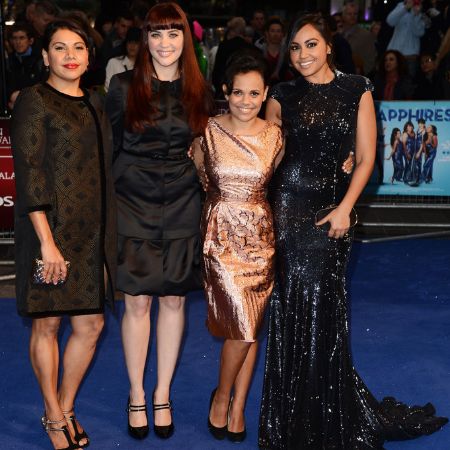 Jessica Mauboy attends the premiere of ‘The Sapphires.’Image source: ZimbioMauboy was cast as the lead in the television drama series The Secret Daughter in 2016. It was Mauboy’s first significant television role, and it was specifically scripted for her. She played the character of Billie Carter.

Mauboy received her first Logie Award nomination for Best Actress for the part, and the show revived for two more seasons in 2017.

Ferdy Mauboy as an electrician, we believe he earns quite well even though his Net Worth is unknown. Nevertheless, His daughter Jessica Mauboy holds a Net Worth of  $6 million.

A 32-year-old artist has amassed a massive wealth from her successful career in the music and the film industry. Mauboy has donated to many charities in Australia during her career. She is a Sony Foundation ambassador, which raises cash for youth-related initiatives.

Mauboy has also contributed to Indigenous organizations that work to improve children’s education. Her songs have appeared on compilation CDs for charities such as Bushfire Aid: Artists for the Bushfire Appeal, Spirit of Christmas, and Flood Relief – Artists for the Flood Appeal.

For more articles on Celebrity households and musicians, follow ALL STAR BIO.