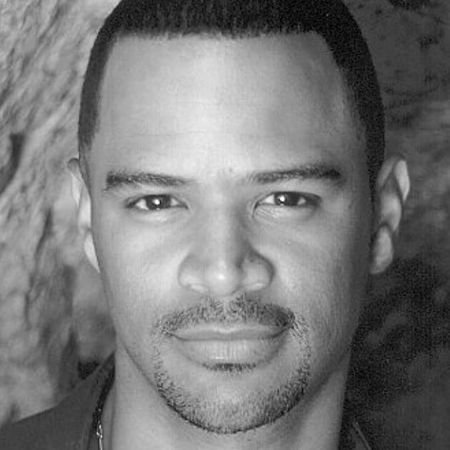 Dondre Whitfield is an American 3X Daytime Emmy Nominated actor and author. Further, he is renowned as the Character of Terence Frye of All My Children and Mike garret of The Event.

Aside from this, his current work was a book in the Male vs. Man.

Dondre Whitefield’s birth name is Dondre Terrell Whitfield was born in 1969 on 27 May, in Brooklyn, New York. Later on, he joined Performing Arts High School in New York City concerning his academic background.

Whitfield started his professional career in the tv world with the NBC sitcom, The Cosby Show in 1985. In the series, he portrayed the role of Robert Forman. Later that, he stepped to Another World as a character of Jesse Lawrence.

After, he landed the performance of Terence Frye in the ABC’s Daytime soap. Moreover, the show became a high point in his career of life. Also, he was nominated for the Daytime Emmy awards from 1992 to 1994 for his role.

Similarly, he performed in the series as MacArthur Edwards for The Crew. Likewise, he features in TV series such as Living in Captivity in 1998, Secret Agent Man(2000), Girlfriend, Hidden Hills, Make It or Break It, and Mistresses.

In the same way, he appeared in the Queen Sugar tv series as Remy Newell. Aside from the series, he was presented in some movies like Homeboy, Two Can Play That Game, The Salon, Middle of Nowhere, and The Christmas Swap.

Apart from acting, he has another talent as an author. In 2020 on 7 April, he published his first book, Male vs. Man, under the production house Zondervan. Spontaneously, the book enhanced the best-selling on Amazon.

Dondre Whitfield is a married man, and he is happy with his long-time girlfriend, Salli Richardson. Salli is an actress by occupation. The pair were married in 2002 on 8 September after dating for many years.

Furthermore, the couple is blessed with two children. One is a daughter, Parker Richardson Whitfield, and another is Dre Terrell Whitfield, born in 2009.

Who is Salli Richardson?

Salli Richardson is a Hollywood actress and director. Further, she is recognized for Angela’s character in the movie A Low Down Dirty Shame in 1994 and her role as Dr. Allison Blake on the Syfy comedy-drama series Eureka.

She is known for acting as Elisa Maza on the Disney animated series Gargoyles and Viveca Foster on the CBS series Family Law.

Moreover, Salli has performed in several movies like The Great White Hype, Antwone Fisher, Anacondas: The Hunt for the Blood Orchid, and I Am Legend.

Besides, she has a main role in the independent movies Pastor Brown, Black Dynamite, and I Will Follow. After 2010 she began working as tv director as well.

The 52-year-old actor Dondre has calculated a decent fortune and lived a modest living, thanks to his successful professional career as an actor.

However, the details about his net worth, salary, and other assets are not revealed publicly yet.

Furthermore, he must have assumed a good amount of money because of his tv and movies acts, which are supposed to be worth is about $1 million. As an actor, his gains range from $21k to $215k.

For more articles on actors and authors, follow Allstarbio.