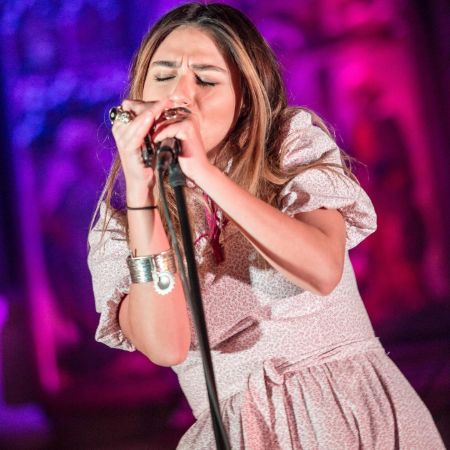 Gabriella Cilmi has been a household name in Australia and the United Kingdom for the past 13 years, thanks to her success in the music industry. Moreover, she topped the charts as a 16-year-old.

Cilmi has proved that believing in yourself is the key to your success. For instance, Gabriella’s piano teacher warned her when she was about eight years old that she lacked musicality and the discipline to pursue music. She remembers it because it made her feel terrible.

But what a way to sully someone’s soul! Gabriella didn’t become a singer to prove her wrong, but we suppose she has.

Further, continue to learn everything there is to know about this remarkable and inspiring artist, Gabriella Cilmi.

Gabriella Cilmi is Australian jazz and pop singer and songwriter. Cilmi received six ARIA Music Awards in 2008, including Single of the Year and Best Female Artist. Lessons to Be Learned, her debut album, was released in March 2008 and had a significant international sensation.

Cilmi has a contralto vocal range compared to Anastacia and Amy Winehouse in the early phases of her vocal styling career.

Caroline Sullivan of The Guardian praised her voice in a review for Ten, calling it “precociously searing” and “her enthusiasm and powerful voice can’t be faulted.” Take40 added, “a voice that sounds like it fell from the skies,” praising her abilities as a “vocal powerhouse” and a “brilliant and unique vocal talent.”

Gabriella was born on 10 October 1991 in the Melbourne suburb of Dandenong into an Arbëreshë family. Her parents are Paula and Joe, whose origins are in Calabria and Sicily, Italy.

At fifteen years of age, she moved to London with her family, where she still resides with her parents and brother Joseph. She graduated from Oakleigh’s Sacred Heart Girls College.

Cilmi became interested in a wide spectrum of pop music performers at a young age, including Nina Simone, Led Zeppelin, Janis Joplin, The Sweet, T. Rex, and Cat Stevens. Suzi Quatro has also been mentioned as a major influence.

Cilmi was informed that she lacked the discipline required to pursue a singing career despite her inherent ability and vocal skill.

During this period, she idolized Janis Joplin and sang in a band (Foucault) that covered Led Zeppelin, Jet, Silverchair, and others. Cilmi collaborated on original tunes with The SongStore’s Barbara and Adrian Hannan.

Cilmi caught the attention of Warner Music executive Michael Parisi in 2004. She performed an impromptu rendition of the Rolling Stones’ song “Jumpin’ Jack Flash” at the Lygon Street Festa, a Melbourne community festival. Adrian Hannan accompanied her on her trip to the United States and the United Kingdom.

They offered her four significant US deals. Cilmi eventually agreed to an agreement with Island Records UK.

Gabriella began recording when she was 14 years old, but she took three years to complete her album. She was, in a sense, leading a second life. A 14-year-old spent most of her time at school but occasionally flew to London to record in the studio.

Furthermore, her studies provided her with a wonderful balance. Cilmi truly just went with the flow and didn’t chase it, and all the doors quickly opened. She has been officially in the music industry since 2005.

Cilmi’s first album is Lessons to Be Learned. It was composed and recorded with Xenomania, a hit production company, and released in March 2008. The first single, Sweet About Me, was released in February and reached number six on the UK Singles Chart.

Furthermore, the song peaked at number one on the Australian ARIA Singles Chart and seventeen on the Irish Singles Chart. The song featured in a global commercial campaign for Sure/Rexona deodorant.

Cilmi’s second UK single was not as popular as “Sweet About Me,” debuting at number 33 in the UK.” On a Mission” was the lead single from Gabriella Cilmi’s Ten. The song peaked at No. 9 on the UK Singles Chart and No. 16 in Australia.

How rich is Gabriella Cilmi?

Australian pop star Gabriella Cilmi lives a luxurious life. Cilmi’s estimated net worth is around $2.5 Million. She earns most of her revenue from her successful career in the music industry as a singer and songwriter. Cilmi also makes from her music tours and concerts.

Gabriella confessed she pondered giving up music entirely five years ago to become a kindergarten teacher but went against it. She seems to embrace a lavish life in London instead. The singer spends her days engaging in many artistic endeavors, as well as practicing meditation and prayer.

Cilmi had been experimenting with different creative outlets, such as ceramics and sketching. Finally, In November 2020, the artist released a six-track return EP named The Water.

Born in 1991, this amazingly gifted artist is 30 years old, standing 1.6m tall with 58kg. Gabriella is very active on social media. She keeps her well-wishers updated on Instagram, which is as @gabriellacilmi with 13.1k followers and 218 posts. Similarly, on Twitter and Facebook.

Talking about her relationships, a 30-year-old beautiful keeps her personal life under wraps. Gabriella has not revealed any information regarding her dating life.

Nevertheless, it is known that Gabriella Cilmi has been in a relationship with David Arthur Jr from 2014 to 2016. However, the ex-couples kept their relationship a secret.

In conclusion, taking her social media as a reference, she is currently single and enjoying her life to the fullest.